⌂ Blog Breathing facts for you to explore…

❗️Hi everyone! I have been practising breathing exercises for many years.And you know what I realised recently ? Breathing Happens! Or breathing is happening! if it didn’t we would have to think about breathing all day long, and most people never thing about the breathing. But I do, I do it all day every day, as I am fascinated by the process and the impact it has on my life. However it took me many hours, over 1500 of conscious breathing hours to come to the understanding that BREATHING HAPPENS, what I mean by that, is that it is an automatic process and the body knows how to do it, however, the habit of breathing is formed by so many factors in our lives, especially during the childhood. Although breathing happens, it doesn’t mean that it happens in the optimal way for our body, that is the reason one must bring awareness to it and observe how it happens.In my case, and in the case of many people, breathing is wrong, maybe you got scared as a child, and since then you tend to hyperventilate, or like me, I had bronchitis as a child, and automatically shifted to mouth breathing, because my nose was stuffed, which resulted in ugly teeth and constant stress due to the constant hyperventilation caused by excessive mouth breathing for 30 plus years. In any event, you should know, that so many health both mental and physical can be fixed through correct breathing habits and exercises.

I wanted to share some very interesting facts about the breathing system here in this post. Enjoy.

💡The LONG BRAIN, which is the respiratory centre in the body, and the peripheral (vegetative) units, are responsible for the entire breathing process.
💡The respiratory centre consists of two parts (the centre of inspiration and expiration), which are responsible for how deeply and often we breathe. In these two parts, there are many neurons, they communicate with each other with the help of axons that depart from them.
💡The respiratory centre collects information about the level of carbon dioxide and oxygen, the Ph level, and then makes a decision and acts based on the information received. In this, central and peripheral chemo-receptors, mechanoreceptors help it. And a person takes a breath and exhale.
💡Typically, breathing is represented by regular inhalation – expiration breathing cycles of up to 12-16 respiratory movements per minute. On average, such an act of breathing takes 4-6 seconds. This type of breathing is called apnea (literally, proper breathing).
💡During the conversation, eating, the rhythm of breathing temporarily changes: periodically, breath holdings can occur on inspiration or at the exit (apnea). During sleep, a change in the rhythm of breathing is also possible: during slow sleep, breathing becomes superficial and rare, and in a period of fast sleep, it deepens and quickens. During exercise due to increased oxygen demand, the frequency and depth of breathing increases, and, depending on the intensity of work, the respiratory rate can reach 40 per minute.
❗️❗️In everyday life, a person does not think about breathing and remembering it, even when it becomes difficult to breathe. For example, during life, the tension in the muscles of the back, upper shoulder girdle, and incorrect posture lead to the fact that a person begins to breathe� mainly only in the upper chest. At the same time, the lung volume is only involved by 20%. Try to put your hand on your stomach and take a breath. What happens to your hand? If the hand on the abdomen has not practically changed its position, and the chest has risen, this means that mainly the muscles of the chest (chest type of breathing) or the area of the clavicles (clavicular breathing) are involved in the breathing process.
However, both with breast and clavicular breathing, the body is not adequately supplied with oxygen.
💡A person can breathe intensively. This process is called hyperventilation, increasing the speed of breathing or its depth. This type of breathing leads to an increase in oxygen supply through the airways. However, frequent hyperventilation can deplete body tissues with oxygen. Frequent and deep breathing leads to a decrease in the amount of carbon dioxide in the blood (hypocapnia) and alkalization of the blood.
💡A similar effect can be seen if an untrained person performs frequent and deep breathing movements quickly. Changes are observed from the side of both the central nervous system (dizziness, yawning, flickering of “flies”� in front of the eyes and even loss of consciousness) and the cardiovascular system (shortness of breath, pain in the heart and other signs).
It should be noted that the effects that occur during hyperventilation remain at the same time physiological for the body – because the human body primarily reacts to any physical and psycho-emotional stress by changing the nature of breathing.
With deep, slow breathing (bradypnea), a hyporventilation effect is observed.
💡Hypoventilation – superficial and slowed breathing, resulting in a decrease in oxygen content and a sharp increase in carbon dioxide (hypercapnia) in the blood.

The amount of oxygen that cells use for oxidative processes depends on the saturation of the blood with oxygen and the degree of penetration of oxygen from the capillaries into the tissue. A decrease in oxygen supply leads to oxygen starvation and to a slowdown in oxidative processes in tissues.
💡We use different types of breathing in situations. When we are playing sports, we breathe profoundly and intensively. When we meditate, we can breathe slowly and deeply, quickly and intensively under stress. We often hold our breath, which has a positive effect until it becomes a habit to breathe like that regularly.
💡Typically, a person should breathe through the nose, where it is sufficiently warmed, moisturised and cleansed, breathing is calm, even, rhythmic, of sufficient depth.
Human health largely depends on proper breathing. Exercise strengthens the respiratory muscles and enhances ventilation of the lungs only if done correctly.
❗️Recently, I began to turn to people who are involved in jogging, and many of them are not breathing correctly, and there are still others who can combine jogging with a conversation.
➡️If you are interested in learning more about how to breathe correctly, about exercises and training that improve health, ask, leave a comment under the post.
Be healthy! See you soon! 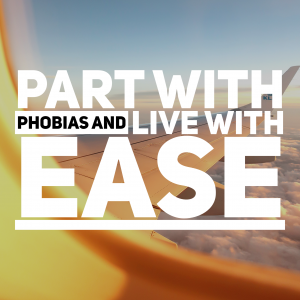 Part with phobias and live with ease 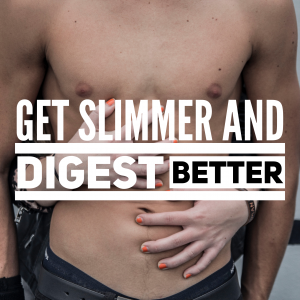 Get slim and fit by breathing Tibetan 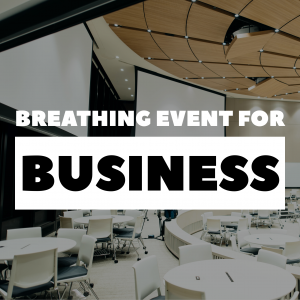 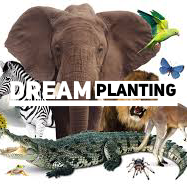 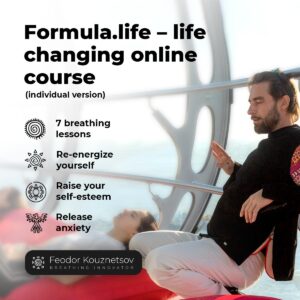